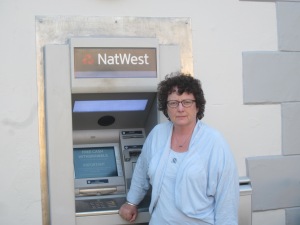 RBS banking group has today announced that it will close NatWest Aberaeron branch on 4 November this year, with Tregaron to follow on 24 November. The move follows its decision last year to close Llandysul and New Quay branches.

I’ll be calling on the bank to reconsider this decision. If it does press ahead with the closure, we need greater clarity on the future of cashpoints, and outreach services via the Post Office and mobile banking.

Since the financial crash, the majority of this bank is owned by the taxpayer. They have an obligation not to ignore Ceredigion.

You can join the campaign against these closures here: http://www.gopetition.com/petitions/save-natwest-in-aberaeron-and-tregaron-achub-natwest-yn-aberaeron-a-thregaron.html

Comments Off on NatWest to close Aberaeron and Tregaron branches 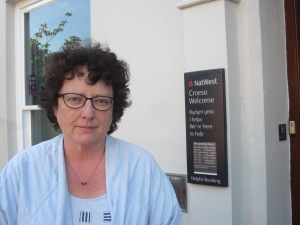 Comments Off on NatWest yn Nhregaron ac Aberaeron i gau 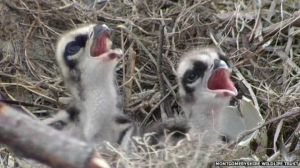 Many people have been concerned about the funding cuts facing the Dyfi Osprey Project, located on the Ceredigion-Powys border. The Environment Wales grants were due to disappear.
I raised the matter with the Minister, and I’m pleased to say that he has reconsidered. In his letter to me he states that funding will continue to be provided by the Welsh Government for at least 18 months.
This is good news for a project that has been very popular, and attracts many visitors to the area.

The campaign to reopen the rail link between Aberystwyth and Carmarthen has received a boost, thanks to the decision of the Transport Minister to commission an initial study on the feasibility of reopening the line. 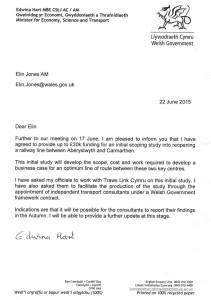 This follows on from a meeting we held earlier this year, when the Minister came to Lampeter to met the Traws Link Cymru campaigners, Simon Thomas AM and myself.

For the first time, the Welsh Government is committing its own resources and taking the lead on a study on reopening the rail link between Aberystwyth, Tregaron, Lampeter and Carmarthen.

Of course there is a long way to go in the campaign, but it’s very significant that the Minister has been persuaded that this is an idea which is worth developing further.

Traws Link’s campaign goes from strength to strength, and they’re holding the latest in their series of public meetings this Friday evening in Aberaeron Memorial Hall, at 7pm.

Comments Off on Great news for railway campaign

Today, the Welsh Government has announced plans which could see local authorities merged into eight councils. Under the plans, Ceredigion would be merged with Pembrokeshire and Carmarthenshire, in an arrangement similar to the old Dyfed County Council.

The plans announced by the Public Services Minister are an amended version of the plans in the Williams Commission Report for 10-12 merged councils, and have already been severely criticised by many within his own party.

I fear that we’re in danger of a botched reorganisation of local government, which will distract councils at a time when they’re coping with serious cuts, and won’t deal with major challenges such as integrating health and social care.

By just merging the existing local authorities, these plans miss an opportunity to engage with real reform. There are an immense number of regional public bodies, operating on different boundaries, dealing with such issues as health, fire, education and much more besides. Many of these could be made more accountable, and reforming them would help to integrate key functions such as health and social services.

Plaid Cymru’s alternative plans would aim at better integration and accountability for regional services, abolishing educational consortia,  reforming health boards and pooling back office functions, without forcing councils through a reorganisation at a time of cuts, and without increasing the numbers of councillors or officers.

Merging the three counties of south-west Wales back into Dyfed, while leaving the broader problems unaddressed, is unlikely to be a good deal for Ceredigion.

The Labour Welsh Government needs to re-think these proposals. They’re a recipe for chaos, and voters will have the chance to pass judgement on them next May.

Comments Off on Council merger plans could mean chaos

There’s a lot of attention in the media over the Welsh Government’s intention to bring in a ban on e-cigarettes in public places as part of its Public Health Bill.

This is a controversial part of the measure, and one that I feel needs a lot more thought.

The National Assembly now needs to consider all of the evidence that relates to the effect of e-cigarettes on public health, most of which is newly-emerging. E-cigarettes are used widely by people who are trying to give up smoking, so we should be very careful not to halt that trend. We cannot risk these people reverting to tobacco cigarettes from e-cigarettes.

The Health Minister must now set out clearly what evidence there is to prove that a ban on using e-cigarettes will have a beneficial impact, and I will be seeking for the Health Committee to take the widest possible range of evidence on this before coming to its conclusions. Public health legislation must be reserved for measures where there is incontrovertible evidence that public harm is being done.

Comments Off on The e-cigarettes debate